No Christmas    No Church 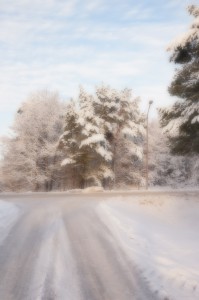 Christmas exposed, Jesus was not born on December 25th

Christmas Is Not the Birthday of Jesus(Church of God) 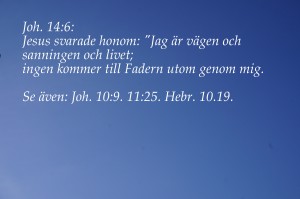 The True Meaning Of Christ-Mass

They tell us that it is the season to be jolly. It is a time of ornaments, red and green decorations, silver bells, holly, mistletoe and colored lights. It is also a time of department store Santas calling out their universal mantra, “Ho ho ho, Merry Christmas.” Nearly all of the realm of so-called “Christianity” join in and repeat this same greeting, “Merry Christmas!”

Although we hear these words constantly as they resonate millions of times throughout the land, almost nobody understands what they are really saying. It is the purpose of this tract to take the words, “Merry Christmas” and examine the true meaning and essence of those words.

A true Christian would want to examine everything they say, because Jesus said in Matthew 12:36-37, “But I say unto you, that every idle word that men shall speak, they shall give account thereof in the day of judgement. For by thy words thou shalt be justified, and by thy words thou shalt be condemned.” We will now set aside all of the customs, glitter and traditions of Christmas, which were taken from pagan witchcraft and popularized by the Roman Catholic Church, and we will focus on the true meaning of the words, “Merry Christmas!”

The word “Merry” is simple to define. It unquestionably means to be happy, joyful and light-hearted. The word “merry” fits into the ambience of laughter and frivolity. This word “merry” by itself is innocent and innocuous enough, but as we will now see, it becomes heinously blasphemous when used with the word “Christmas.”

Here let it be noted that most people think that the word, “Christmas” means “the birth of Christ.” By definition, it means “death of Christ”, and I will prove it by using the World Book Encyclopedia, the Catholic Encyclopedia, and a book entitled, The Mass In Slow Motion.

If you are an honest, sincere and discerning Christian, please read on; if not, you might as well stop right here. The World Book Encyclopedia defines “Christmas” as follows: “The word Christmas comes from “Cristes Maesse”, an early English phrase that means “Mass of Christ.” (1) It is interesting to note that the word “Mass”, as used by the Roman Catholics, has traditionally been rejected by the so-called Protestants, such as Lutherans, Baptists, Methodists, Presbyterians, Pentecostals and so on. The word “Mass” is strictly a Catholic word and thus, so is “Christ-Mass.”

It would stand to reason, that since all of these denominations love and embrace “Christ-Mass”, that December 25th is the great homecoming day, when all of the Protestants become Catholic for a day. It would seem that all of the so-called “wayward daughters” of the Romish church return to their mother, the scarlet harlot. Thus, all of the so-called Protestant churches could sing to the Pope that popular song “I’ll be home for Christmas.”

As previously stated, the word “Mass” in religious usage means a “death sacrifice.” The impact of this fact is horrifying and shocking; for when the millions of people are saying, “Merry Christmas”, they are literally saying “Merry death of Christ!” Furthermore, when the fat man in the red suit laughs boisterously and says, “Ho ho ho, Merry Christmas”, he is mocking and laughing at the suffering and bleeding Saviour, who died for our sins. He does this while parents place their little children into his waiting arms to hear his false promises of gifts that he says he will give them. Consider what you are saying when you say “Merry Christmas.”

What is so amusing about our Saviour’s painful death? What is so funny? Why is Santa laughing? Why are you going along with it? Your words do count and Satan knows it. Yes, the word “Mass” does mean “death sacrifice”, and to cement that fact, we will consider the definition of the inventors of the religious application of the word “Mass.” I am looking at page 537 of the Catholic Encyclopedia, which says, “In the Christian law, the supreme sacrifice is that of the Mass.” It goes on to say, “The supreme act of worship consists essentially in an offering of a worthy victim to God, the offering made by a proper person, as a priest, the destruction of the victim.” (2) Please note carefully the word, “victim” of the Mass. The Latin word for victim is “Hostia” from which the word “host” is derived. The Mass, by definition of those who coined the word, is a sacrifice involving a victim. There is no other meaning for the word “Mass” or “Christ-Mass.” On page 110 of a book entitled “The Mass In Slow Motion”, we find the following words: “It is only with the consecration that the sacrifice of the Mass is achieved. I have represented the Mass to you, more than once, as a kind of ritual dance.” (3)

In essence, the Mass is the ceremonial slaying of Jesus Christ over and over again, followed by the eating of his flesh and the drinking of his blood. The Mass is the death sacrifice, and the “Host” is the victim. This is official Roman Catholic doctrine, and “Christmas” is a word that they invented. Again, I ask, what is so merry about the pain, bleeding, suffering and death of Jesus Christ? Satan has done quite a job of getting millions of so-called “Christians” to blaspheme. What a deceiver he is.

Now you know the true meaning of the word “Christmas” or Mass of Christ. There is much more to know about this pagan holiday, and we will be glad to provide you with plenty of evidence that Jesus was not born on December 25th, and that Christmas is not only a lie, but is actually a witches’ sabbat called “Yule” in clever disguise. Please contact us at the address below, and for the sake of your soul, flee from idolatry!

WILL YOU CONTINUE TO CELEBRATE THIS WITCHES´ SABBAT WHEN YOU KNOW THE TRUTH?